What we wanted to improve, change and why?

The X12 up until the 2020 version was roughly the same car for many years, only with some small updates. We refined and updated something for every year’s edition but, without any significant changes. It wasn’t really needed at the time, since the car was performing brilliantly on all surfaces, with really good continuous race results, and positive customer feedback as well.

But during 2019, I was fortunate to receive some new development parts from Jason Cheng, and Max Kuenning, both team drivers of RC America. Together they had made a partly new US front end, by designing some new parts, that looked both more simplistic, efficient, and more durable than the standard parts that we were using. I would probably say that it was these parts that sparked the first idea to develop a completely new platform for 2021.

Our idea was clear – we wanted to develop a car that was stronger, faster, and easier to work on. We wanted it to be better suited for the use of a rear solid axle, which is the new trend in the 1/12 class, and we wanted the car to withstand tweak issues better than the previous car.

We did run a prototype front end, with new parts, that was made by Cheng and Kuenning, for quite some time – including the 2020 World Championships in the UK, where I finished 6th overall. I also used this front end to win the 2020 Snowbird Nationals, as well as the European Championships. The front end worked great, but we were concerned about the durability. It simply wasn’t good enough to be put into production. So let’s say that this concept idea didn’t make it further.

We had the first prototypes of the graphite side plates, to stiffen up the chassis, already made and being used by myself and Hupo Hönigl at the European Championships in Sittard. Both myself and Hupo liked how they worked, and they provided good flex options, to quickly be able to setup the car for different conditions.

Our designer Martin Hudy also drew up a couple of other ideas which was, I would say, something in between the Cheng front end, and what we see in the production car today.

The first prototypes that were close to the production version, were finalised by Martin in May this year. I was excited to see almost an entirely new car in my hands so soon, but at the same, anxious to see the on-track results.

The main focus was on the front end – we had different designs of the carbon arms - stiffer, softer, and with different shapes and materials. In the end, we had 3 different designs, where the most liked one by myself, Max, Hupo and Drew, finally made it into production. We also had to decide whether to use a 3mm or 4mm kingpin for the front suspension. Both had its pros and cons on paper, but we had to test them on the track, to be able to make our final decision.

Other things which needed to be figured out were – how would the completely redesigned centre POD pivot perform - would it be reliable, and would it be an improvement?

And as always with a prototype, we had to understand if there were any difficulties with the design while building, driving or maintaining it. 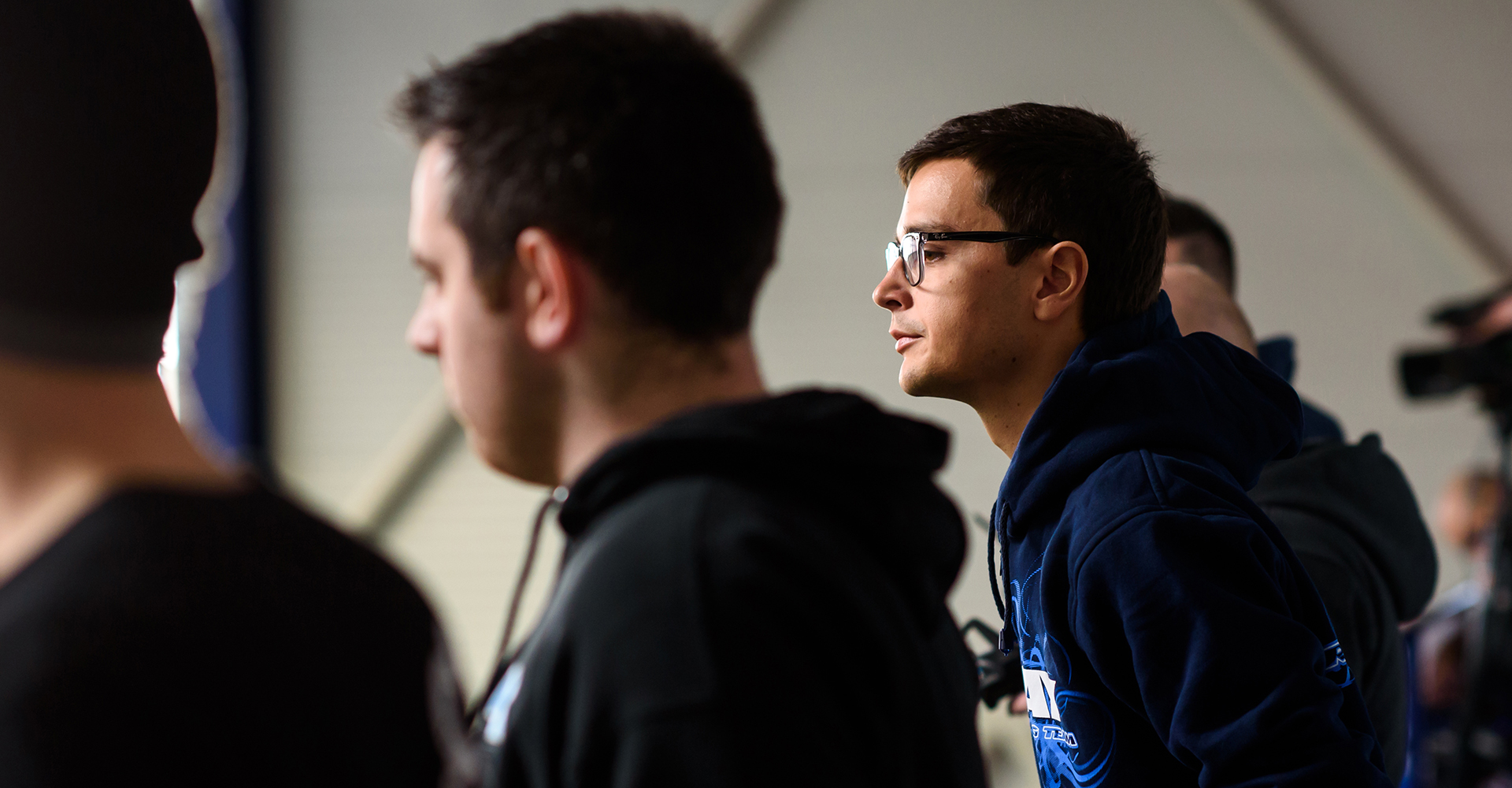 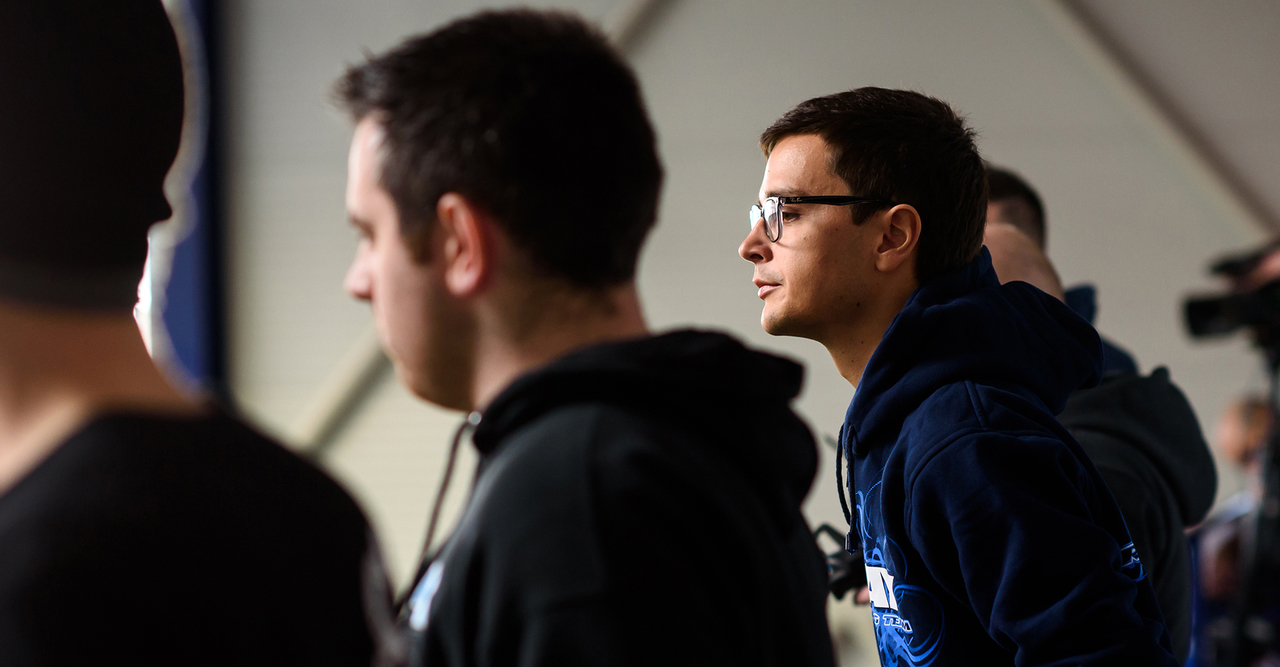 I was lucky to be able to do a few test sessions in the UK, completely privately, by renting a permanent indoor facility. Max Kuenning, Hupo Hönigl and Drew Ellis also had the possibility to do private test sessions with these prototypes.

During the first couple of sessions, I spent a lot of time testing between the 3mm and 4mm front kingpin. At first, we were concerned about the durability of a 3mm front kingpin with built in camber, especially because we had opted to use no upper brace or arm. But it soon showed that durability wasn’t an issue, after a few crash tests, the kingpin stayed in place without moving or breaking. However – we found a big improvement in handling going to a 4mm kingpin, because of the possibility to use a bigger bore front spring. The bigger diameter spring transformed the car – it made the car have more grip, and felt more forgiving. That was the main reason for why we decided to go with the 4mm kingpin for 2021.

We also had the idea to introduce a different Ackermann position, by using a more rearward hole on the steering block. This had to be tested on the track as well – and it also raised some concerns about the fitment of the parts, including steering link lengths.

The POD pivot mounting system was working exceptionally well from the first test. It was evident that at least for EU conditions, the lower roll centre proved beneficial for the handling. The POD pivot remained without tweak, no matter how hard I crashed, and the adjustability, both with height (using shims) and the forward and rearward positions gave good effects on handling. We felt that moving the pivot forward by 2mm gave the car more grip, and made it more stable, whereas the rearward (in line position) gave the most steering. It was a no-brainer to incorporate this unique feature into the kit – a decision that we made early on!

What we also were happy about were the graphite side plates. They make the car look “techy” and aggressive, and most of all, they improve the handling. And the adjustability, by removing screws in 3 different points, allows for several combinations to be used in the kit, without the need of purchasing additional parts, or doing any modifications.

As a benchmark in testing, I used not only my 2020 European Championship winning X12, with the prototype front end and graphite side plates on it, but also cars from competition brands, to compare the performance against our new prototype car.

Next stage of development based on first tests.

The durability of the front end was one of our main concerns, and hence, we focused on that – we tried to make some small improvements to ensure perfect durability, and to be able to achieve a “tweak free” design. After consulting with Max, Hupo, Drew and Martin, we could agree on a few final touches to the design.

The testing of the front-end graphite parts was key into finalising the shape and materials used for the production parts as well – and most of all, to be able to offer several flex options in the kit.

We had to analyse the test results of the 4mm kingpin as well, to be able to determine what spring rates to make for production – since XRAY didn’t have that type of spring at the time, we were using springs from other brands for testing.

There were concerns about the friction between the kingpin and the steering block. We tried polishing the kingpin to reduce friction, but we also had some other ideas in mind.  There was also a concern about fitting the rearward hole on the steering block with certain smaller diameter wheels – this had to be addressed for maximum compatibility with all wheels on the market, with both kit Ackermann positions.

Worth noting is the fact that we were using an aluminium steering block for testing with the 4mm kingpin. We wanted to use a graphite composite steering block for production, since Martin ensured that this would provide less friction, better functionality, and better looks. This meant that a new mould had to be made.

I think we were all positive about the car so far. I was super happy about the well performing new centre POD pivot – which is almost considered the “heart” of a 1/12 scale car. We were happy about the durability, which from our testing could be considered as a big step forward from the old car. The chassis, rear POD, and rear POD pivot all remained almost unchanged from the prototype car since they were simply performing great. The rear POD, bulkheads, and upper carbon plate worked super well for the duration of the testing, and hence why no changes were necessary. We were very satisfied with the ease of build, tweak-free design, and the ease of adjustments thanks the eccentric rear axle plastic inserts being back in use for 2021. Sometimes changes are not necessarily for improvements in performance, but more because of the trend sensitive market demanding them. What I would like to say is that innovation isn’t always better, and that’s why were returning to the design of plastic eccentric axle inserts for the 2021 car.

The first pivot ball prototypes for the front arms had too much play, which had to be fixed for the final version. We wanted a solid front end with no play, and perfect consistency throughout.

The final prototypes, or pre-production car, arrived in early September. The testing done during the early summer had now been carefully analysed and used for making the final versions of the parts for the 2021 car. It felt great to have the pre-production car in my hands. Some parts had been anodized in a stealth looking black colour, which were very eye pleasing.

The steering block had now been moulded in the special graphite composite material. We had to ensure that it had perfect tolerance, with minimum play and minimum friction.

There were a couple of small issues to sort out from the pre-production car. We had to make sure that the design of the servo now being mounted directly to the chassis, with two wheelbase settings, and two Ackermann settings, would be compatible with all types of servo sizes available on the market.

It has been a challenge for many years for the design of 1/12 cars, that there are different 1/12 scale servo sizes available. We have the first type, which is the smaller size, Sanwa type, which is very popular among customers, but at the same time we have the slightly bigger, “traditional” sized servos which are KO, Savöx and PowerHD, to name a few. This introduces some problems for the design since, you need to be able to fit both, which can be especially complicated when you offer two different Ackermann positions, like we do on the 2021 car. Last but not least, we also offer two different wheelbase settings, where the rear wheelbase positions moves the arm very close to the servo. After mounting all different Ackermann, wheelbase and servo settings, we could ensure that we had maximum compatibility.

I was also satisfied to be able to explain this feature (among many others) in a video to be directly used together with the kit’s manual.

Looking at the result, and final product, I feel immensely satisfied. Within a truly short time frame, I believe that we have made a great kit, that is 80-90% new, and that only shares a few small parts from the previous versions of the kit.

Thanks to everyone involved, we were able to make quick decisions and design changes based on the on-track feedback, which proved exceptionally difficult to even do, due to the Covid-19 pandemic.

This is by far the best X12 kit that we have made so far. It is strong, easy to work on, eye pleasing, and most of all, faster than the old car. I hope that both our racing team and our customers will enjoy the X12 2021, and I hope that we can achieve the race results that it deserves.